The almighty engine -incredible as it is- has shrunk our world.

Its invention has led to mammoth increases in food production and global distribution. At 30,000 feet its whistling thrum signifies such advances in air travel that we can now circumnavigate the earth in mere days. Even the humble car has allowed for transcontinental crossings to be completed in under a week.

The likes of which occured last December when we effortlessly drove our way south; stopping en route at tedious service areas, zipping through subdued villages, meeting nobody – other than those selling diesel or extortionate food, and following a busy ribbon of asphalt for 3000 kilometres, from France all the way to Southern Spain.

We moved to the whirr of an old diesel engine oblivious to the soaring Imperial eagles and Mediterranean scorpions around us. Unknowingly, we zoomed past hillside Roman forts and flew through historic towns.

Traversing mountain passes was as simple as pushing the old sandal down. Driving through inclement weather absorbed as much energy as it took to extend a forefinger and flick the wiper switch, food cravings were quashed at the next off-ramp, and nighttime travel was effortless thanks to the luminous eyes of halogen.

Four days later, our grand traverse of Europe was complete..

By comparison -when February rolled around- our first day’s cycle north from Vejer, in Spain, resulted in us camping that night just on the otherside of Vejer… Spain.

In the same time it had taken us to drive 700 kilometres, our bikes had cranked 50.

Less an engine, our world had grown big again.

We began to measure distance by the duration it took to reach the terraced rooves of far away towns, or roll by the spire of a peering church. The small ‘insignificant’ locations we’d passed on our way down began to play a critical role in re-supplying our journey. We started meeting locals, finding out about their lives and profiting from authentic knowledge by those in the know. 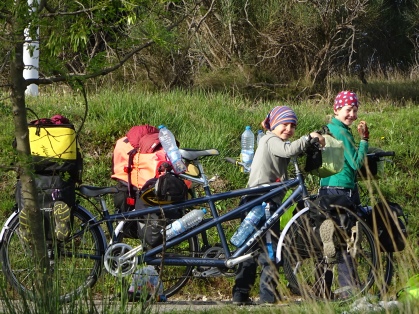 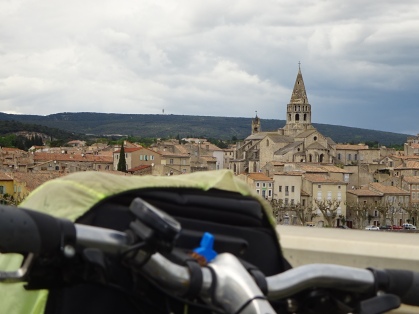 And it wasn’t just our sense of distance that expanded. Suddenly we found ourselves noticing the landscape in more detail: the rising kettle of Gibbon vultures, changing weather conditions, nature’s introduction of another season…Travelling this way, we discovered, not only expands distance but also seems to relent that non-renewable resource we call time.

Besides, when enjoying the fruits of a summer-time european cycling holiday who really wants it to end?!